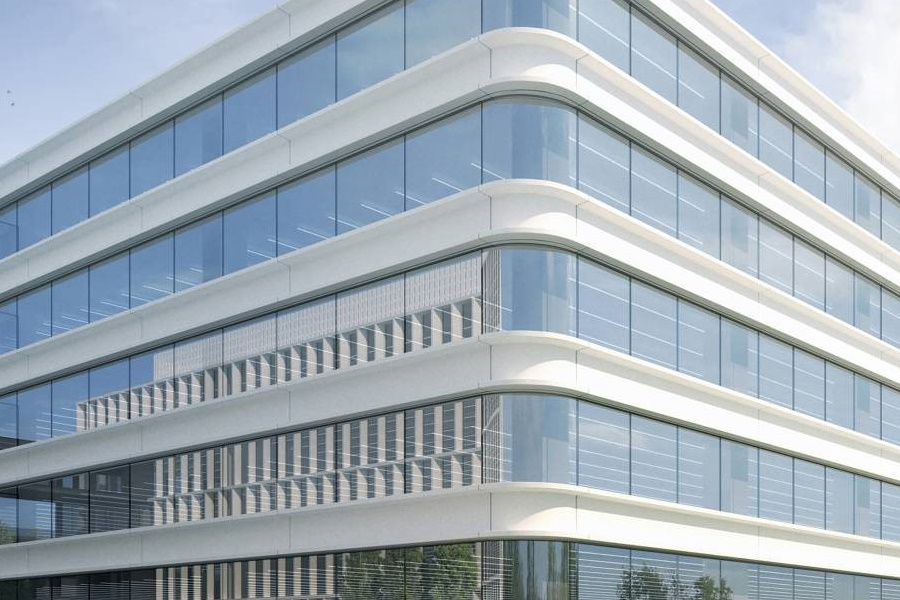 OUR PARTICIPATION IN THE NEW INDITEX BUILDING IN ARTEIXO

Keyplan will participate in the developing of the new Inditex facilities: a building which construction begins this January. We previously participated in the “Zara.com” building developement, for which we received the Daikin Architecture Plus award last November, for the best air conditioning installation design based on the BIM collaborative work philosophy.

¿How would this new Inditex building be?

Inditex continues to expand its facilities in Arteixo. This time, the project is a new 170,000-square-meter building that will be the company’s largest in this area and will involve an investment of 238 million euros for the brand. This new building is expected to house all the commercial and design teams of Zara, the group’s flagship chain.

Inditex confirmed that its construction will begin this January and it is expected to conclude in an approximate period of 2 years, which means we will probably see its start-up in 2024. This is how they present this ambitious project:

«These new facilities, defined by the simplicity of their lines, their wide open spaces, energy efficiency and sustainability, have been conceived to enhance the horizontal work dynamics between designers, pattern makers and commercial professionals, based on creativity, collaboration open and fluent communication »

The new building will have 5 floors, plus two for parking. The ground floor will house the pattern design areas and all the pilot stores in each section of Zara. The first floor will be dedicated to Zara Man, while the second to Zara Kids. Both the third and fourth will be for Zara Woman workers. There will be an easy connection between the different areas thanks to a system of walkways that connect the new building with the adjacent ones, thus facilitating interaction between departments and teamwork.

“The proportions and dimensions of this large building give it a coefficient such that, together with a system of facades and roofs with a high degree of insulation, it allows optimizing its energy consumption and achieving self-sufficiency”.

Keyplan’s participation in the new facilities

This is the point where Keyplan’s participation becomes key: energy efficiency. The building will have, among other elements, a high-efficiency aerothermal air conditioning system and a lighting system that regulates itself according to the exterior luminosity and the occupation of the building. It will also follow the highest sustainability standards, such as the use of recycled materials, to minimize the CO2 footprint. These offices will comply with the requirements of the US Green Building Council (USGBC), the reference in environmental standards for sustainable buildings, and will aspire to its highest certification, LEED Platinum.

Both aesthetically and architecturally, the visual identity of the adjoining offices, those destined for Zara.com, will be continued. Inaugurated in March 2021, they had the same architecture studio and Keyplan in their facilities, for which on November 11 our firm was awarded in the sixth edition of the Architecture Plus by Daikin awards. The new category “Air conditioning” registered a total of 67 projects, among which a jury of experts chose the facilities of the “Inditex .COM Building” as the winner of the “Architecture PLus by Daikin” award for the design of an air conditioning installation based on the philosophy of collaborative work BIM.