Keyplan > Noticias > Industry > Global chip shortage: what caused it? is there a solution? 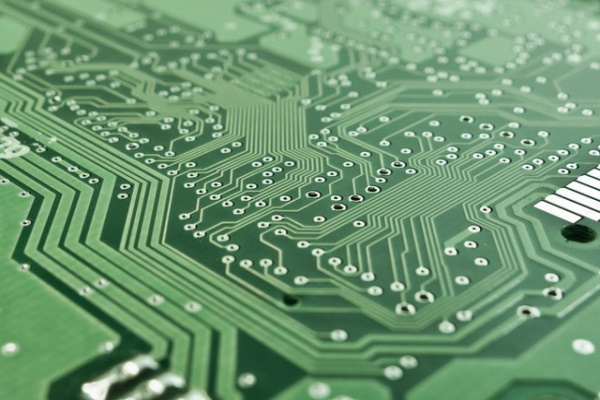 Global chip shortage: what caused it? is there a solution?

The global shortage of semiconductor chips is now an ongoing crisis. The Covid19 pandemic has had a lot to do with it, but other factors have also played a role, such as the political decisions of some countries.

A combination of different events has led to major production stoppages, especially in the automobile industry. The factories are full of vehicles that cannot yet go on the market because they have not been equipped with chips.

But chips are not only needed for cars, they are also present in many of the electronic objects and devices that we use in our day to day: from our phones to our televisions, through our computers or consoles. This further aggravates the problem, since it exacerbates the imbalance between supply and demand. Want to better understand the microprocessor crisis? We bring you all the keys about its causes, consequences, and possible solution.

What caused the global chip shortage?

The Covid-19 pandemic has been one of the greatest reasons behind the outbreak of this crisis. When all of this started, companies began to anticipate a big drop in their turnover, so they tried to cut back on their purchases (including semiconductor chips). This is how the orders for chips were drastically reduced, and their production began to be limited.

However, quarantines around the world caused an increase in demand. By working and consuming entertainment from home, users began to increase their level of online orders, especially in the electronics section. In a way, the pandemic forced the population to “digitize”, and that digitization required more semiconductors. Unfortunately, chips do not have a particularly easy production process, as they go through numerous cycles and different types of machines before they can be released for sale. Very few companies in the world are dedicated to the manufacture of microchips, and this is where the mismatch arises in the market.

Plus, the difficulty in transport and mobility caused by the pandemic was a huge impediment, since many flights or international routes were slowed down, postponed, canceled, or entailed problems to access the destination.

The geopolitical situation between the great world economic giants, China and the US, is also decisive when it comes to explaining the reason for this crisis. US Donald Trump gobernment placed restrictions on the largest Chinese manufacturer of microchips (SMIC), making it very difficult for companies such as IBM or Apple to purchase of semiconductors for their electronics.

These companies tried to contact other chip manufacturers, but they were already working on chip production beyond their possibilities.

China is one of the largest exporters of chips, and the United States is one of the most prolific countries in production (among other things, due to the size of its industrial network), so the lack of cooperation between both nations and their rivalry has helped the shortage of chips to turn into a worldwide crises.

Because of this imbalance in the microprocessor market, some companies have been practically forced to stop production. Some industrial buildings have even had to close, and tens of thousands of products have been “trapped”, in the expectation of being able to go on sale as soon as the situation recovers.

Even long-distance, multi-million dollar companies such as Ford, Tesla or BMW have reported great difficulties in reacquisition of supplies, and are having great losses. In fact, according to Interesting Engineering, it is estimated that the automotive industry will produce four million fewer vehicles than it would under normal conditions. But it is not only the automobile industry that has been affected, it has also wreaked havoc on the production of computers, mobile phones, etc. Many electronics companies need microprocessors for virtually their entire product portfolio.

On some popular online shopping websites, consoles like the PlayStation or Xbox are being selled for prices 50% to 100% higher than they should be. The same with the most powerful graphics cards.

Experts believe that this crisis will not be resolved in the short term, so perhaps all these expectant customers will have to continue waiting until 2023. Demand is hotter than ever, and supply is unable to cover it.

Is there a solution?

Proposing a solution for an entire market crisis is not easy, since the evolution of the situation is multifactorial and not even the experts can predict a clear future.

What we do know is that companies have to adapt to circumstances and try to continue maintaining their sales and production. This can be achieved by maybe hiring more employees or using their means of production in a better way. Tesla, for example, has decided to rewrite the code of its own vehicles to be able to use alternative supplies and thus survive the shortage. Others have not yet begun to move their pieces, but they will have to if they want to overcome the situation.

In the meantime, all users can do is be patient and wait for their favorite products to be released again.

Latest news:  NEW OPPORTUNITIES AND STRATEGIES FOR SPANISH AIRPORT MANAGERS IN THE CARIBBEAN